From having next to no confidence at all… – Livewire

From having next to no confidence at all… 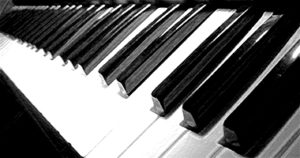 This young woman initially came to Livewire for work experience.

She went to school in Torpoint but lived in Saltash and had absolutely no social life, which considering the distance between school and home would have been a challenge for most young people, but this young woman was probably the shyest person who ever came to Livewire.

During her week-long work experience, we learnt that she had been teaching herself to play guitar for almost a year, so we tried to encourage her to come to Livewire to have free guitar lessons. Although she seemed very keen, we really wondered if she could pluck up the courage to come along during an evening session. To our amazement she did, and seeing her steel herself at the end of the building before walking past the groups of young people outside, made us realise just how much of a challenge it was for her.

Her passion for music and desire to develop her skills as a musician gave her the determination to overcome her shyness and attend a really busy youth club. She attended once a week to begin with, helping out in the office and booking young people in whilst she waited for her lesson. Her attendance increased over time to three nights a week, most weeks, during the two and a half years she attended Livewire.

From having next to no confidence at all, she has taken part in the recording of a charity single, joined a band with whom she played an open-air event, and played on stage several times at Livewire.

Her family moved to Bournemouth, which was planned a long time before their home was sold. In that time, she travelled to Bournemouth to go to college so that she wouldn’t need to change college part way through her course.

She has stayed in touch when the family eventually moved and is doing really well.

‘They have given us and every budding musician who walks through the door, fantastic support.’ – Stranger (Band)

Jake first came to Livewire when he was eleven years old. Now nearing his eighteenth birthday, he still attends what he describes as, ‘This amazing youth charity’. Jake had been playing lead guitar since he was six years old and was told about Livewire being a great way to meet other young musicians – it […]

‘Thank you for giving me my daughter back…’

Now aged nineteen, this young woman came to Livewire as a very troubled person, with complex anxiety issues and other debilitating problems involving self-harm and an eating disorder, which at the time almost resulted in her hospitalisation. Our early experiences of her were of her sitting, terrified, refusing to make eye contact and barely uttering […]