‘Thank you for giving me my daughter back…’ – Livewire

‘Thank you for giving me my daughter back…’ 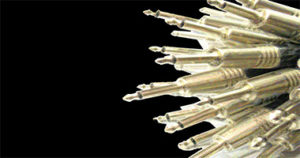 Now aged nineteen, this young woman came to Livewire as a very troubled person, with complex anxiety issues and other debilitating problems involving self-harm and an eating disorder, which at the time almost resulted in her hospitalisation.

Our early experiences of her were of her sitting, terrified, refusing to make eye contact and barely uttering a word. Initially she spent her time having one-to-one support from the youth work team and alongside this, she was receiving singing and guitar lessons (free guitar lessons for young people), which over time, built her confidence massively.

Working alongside musicians and youth workers, she overcame and learnt to manage her challenges – she has grown and developed both musically and socially.

The young woman expressed an interest in sound engineering and we supported her in attending a local college, which led on to University to study live sound. She is now a key member of our sound team, running the music venue most weeks, with a promising career ahead of her.

More importantly, she has overcome her social anxiety issues, no longer harms herself and has a healthy relationship with food – she has even joined Livewire’s management committee.

Her mother contacted Livewire last year and thanked us for giving them their daughter back!