Seven years on, the result is a well-balanced young man… – Livewire

Seven years on, the result is a well-balanced young man… 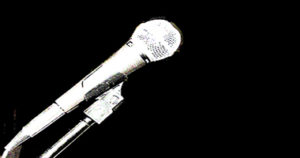 This young man came to Livewire’s junior club when he was eleven, a frighteningly withdrawn young person, with massive anger issues, anxiety and a clear awkwardness around his peers.

What we didn’t know at the time was that his father was in prison for a long and violent campaign of abuse against this young man and his brother.  A local head teacher said the case notes he had on the father were the most horrendous he’d seen in his twenty-five-year career, and included evidence of the young man being hung out of upstairs windows by his feet.

His passion was rapping, and our musicians, particularly one, who teaches beat boxing and rap, worked with him on a weekly basis to develop this talent. The young man thrived on these lessons, but our musician made us aware of the angry nature of his raps and the content, which included graphic accounts of his abuse.

One of our youth workers followed this up with the young man who initially denied these incidents, then defended his father’s actions, saying he and his brother were ‘little shits’.  The youth worker explained that no-one deserved to be abused and began working with him, moving him to a place where he could be honest about what had happened, and how he felt about himself.

This process continued over a couple of years.  By the age of thirteen, whilst he freely acknowledged what had happened to his brother and himself was not their fault, he took solace in drugs, smoking weed and taking pills. During this period our youth work team worked tirelessly with him through this complicated period – sadly like many young people who have experienced severe abuse, he attempted to end his life, thankfully unsuccessfully.

Livewire worked determinedly with this deeply damaged young man, helping him overcome his self-loathing, gently pushing him back towards his love for rap music. Seven years on, the result is a pretty well-balanced person, who now attends music college – he is a very cool young rapper who performs locally, and he has also started to help run the Livewire recording studio.  Whilst now and then he still needs to access support, he’s doing well.