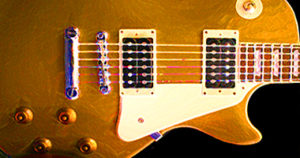 This young man used to come to Livewire as a budding bass player in a local band.

Unfortunately, the band had a falling-out and its members all went off in different directions, doing their own thing.  For his part, this young man disengaged from Livewire and became involved with a different peer group – one which was heavily involved in smoking weed and ‘legal’ highs.

The local school contacted us when he was in Year 11 (aged fifteen) and becoming dangerously close to permanent exclusion.

We worked with him for one hour per week, offering one-to-one youth work support.  Youth Work Coordinator of Livewire, Andy Rance, remembers this case particularly well as he was the one working with him. Andy recalls that he was so disengaged at the start that he feared he would not succeed – having a ‘bong’ for breakfast was just fine in this young man’s eyes and he was just not in a good place, not considering his choices to be a problem as far as he was concerned.

Livewire however, does not give up on people and Andy and his colleagues persevered.  After numerous sessions he started opening up and talking about the issues in his life that had led him to use drugs as a means of coping.  He had discovered when he was fifteen that his mum and dad were not actually his real parents, but that he had been adopted as a baby – this led him to feel betrayed and angry at what he saw as deceit. In part, his drug use was to punish his adoptive parents by hurting himself – he didn’t really feel he was worth anything.

After a while, he once again began coming to Livewire in the evenings, in addition to his one-on-one daytime sessions. He re-engaged in music-making and started to manage his drug taking, completely cutting out legal highs and keeping his weed smoking to weekends only, eventually deciding to just stop.

Remarkably, instead of facing exclusion from the school, he was accepted into the Sixth Form, much to the surprise of most of his teachers.  We still support this young man every now and then when he feels a bit ‘wobbly’, but he really has turned his life around.