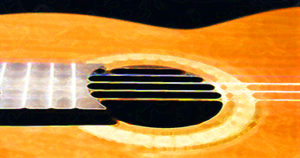 This young man has been involved with Livewire for almost fifteen years.

He started attending when he was around nine years-old, when in his words, ‘Livewire was just a sports hall, a pool table and a group of inspiring and kind volunteers and musicians.’

Now at twenty-three, he is starting out on a music career and says with every ounce of sincerity, that Livewire has not only changed his life, but has quite possibly been the single most influential thing in it, even going as far as to say that it made him into who he is today.

When this young man started coming to Livewire, he was very young and had many emotional difficulties – he was bursting with energy, both positive and negative, but had no way of expressing it. Youth workers, Andy and Julie Rance saw something in him and encouraged him to explore music as a positive outlet for negative emotions.  Through Livewire music lessons, guitar lessons, singing lessons and vocal coaching, we discovered that this young man was a multi-talented individual and natural live music performer, with a rare gift for song writing and musical arrangement. He also became comfortable in our recording studio and is now very much hands on in commercial recording studios, having produced three commercial EPs outside of Livewire.

He has created a unique sound and writes lyrics that are mature way beyond his years, and with his equally talented band of musicians, has appeared on prime-time national television and played in venues throughout the UK.

Through Livewire he has learned to break away from several self-destructive activities like drug taking and self-harming, harnessing music as a way of conquering his demons. Most challengingly, in his opinion, he has also learned to use his emotions positively. He believes that Livewire taught him that music is inherently ingrained within him, and he has come to feel that everything else he does in his life is just incidental.

Fifteen years on, he is a happy, functioning, young adult, who is confident enough to say that he hopefully has a bright future ahead of him – something Livewire always believed and still do. Without Livewire, he hates to think where he might be.